Belfast High School is a Voluntary Grammar School and has developed an excellent reputation in Northern Ireland as being a school with magnificent results at GCSE and A-levels.

The school is extremely successful in the areas of Sport, Art, Music and Drama. To further cement their credentials, the school are undertaking a series of enhancement projects one of which is a new Sports Hall and Astroturf Hockey Pitch.

The new facility will sit on the site of their old gym facilities which was demolished in August 2014 in readiness for a start on site early 2015 following planning approval which has been granted.
TB+A were appointed to provide full MEP for the new facility working in partnership with architects McLean & Forte whom we have developed an excellent partnership with on various educational schemes.

LED lighting will feature as well as underfloor heating and solar hot water.

This project was officially opened in May 2016 by the Northern Ireland Education Minister Peter Weir. 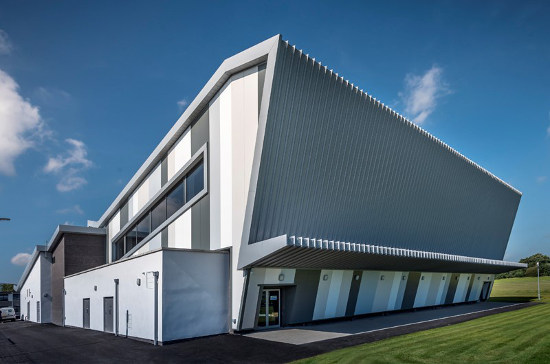 I have been very impressed by these excellent new facilities and have no doubt they will be put to good use by pupils and teachers for many years to come. This scheme has been delivered under the School Enhancement Programme which provides schools with much-needed new and modern facilities.