­­TB+A were appointed on this £2m Grade II Listed Building in Leeds City Centre which included the conversion of the Old Education Building into high specification offices. One of the special features is a double helix staircase.

The developer, wanted to provide 21st century services into a 19th century building which resulted in the installation of a comfort cooled “versatemp” system that can be very difficult to retrofit in modern accommodation.

Due to the nature of the existing building, great care was taken to locate individual units and route the primary services, giving sympathy to its surroundings. This was achieved with great success.

The structure and size of the building was typical of the era when originally constructed, in particular the high thermal mass that resulted.

This was utilised to reduce the high temperature fluctuations experienced in medium to lightweight constructions as a “heat sink” and to provide an element of free cooling where possible.

Voice / data and small power distribution is provided throughout. A special emphasis on architectural lighting was provided both internally and externally to “highlight” the features within the building. 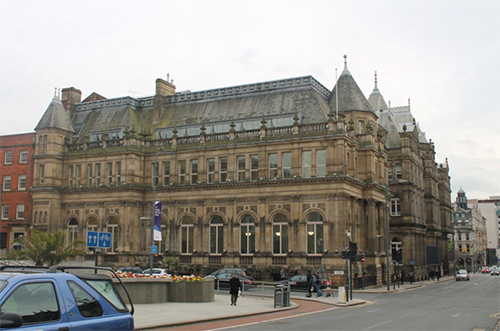